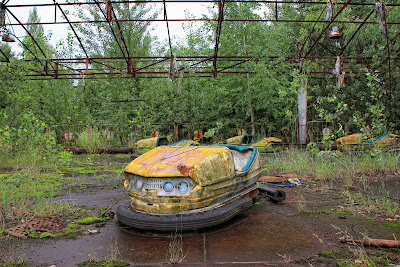 What do you do with abandoned tabletop games? Think of card, board, or roleplaying games that you own that you no longer play. Maybe the rules don't interest you anymore. Maybe they interest you, but you no longer have someone to play with. They are missing pieces. They are too expensive. For whatever reason, you have abandoned the games you used to play. But is there a way you can still use them?
Let's talk about a few ways to repurpose those games so that you can still get some use out of them, or at least have fun with their components. Now, I don't know what kinds of games you have lying around, so I've decided to phrase these ideas as questions. We're relying on your creativity to figure out how they apply to your specific situation.

2. Rules Hack: Can you change the rules to skip the part of the game that doesn't work for  you? There's no game police telling you that you have to play a whole game of Monopoly. You can skip to the end, if you like.

3. Spiritual Sequel: Can you write your own game that uses this game as inspiration? Our hobby has a long tradition of fantasy heartbreakers, that are essentially someone's attempt to use D&D as inspiration for a new game. Though not all of these are great, some of them are. Can you make a "heartbreaker" based off of a card or board game you abandoned? 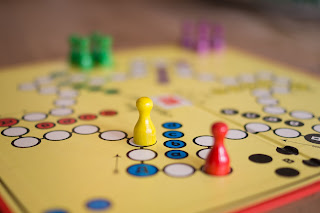 4. Swap: Can you trade this game away to one of your friends for another game? This may feel like cheating. You aren't hacking the game. You are literally reusing it by giving it to someone who wants to play it. In return, they probably have a game that you've never tried that they are willing to give you.

5. Update: Are there alternate rules for this game available on the Internet? Playing with revised or updated rules may help renew your passion for the game. Are there errata that have been breaking the game? Nerfing those can make a world of difference.

6. Doing It Wrong: The French poet Paul Valery wrote "That which has always been accepted by everyone, everywhere, is almost certain to be false." What can you do to break this game, to use it incorrectly, or to play it backwards? How can you make a new game by using the old game wrong?

7. Steps: What section of the original gameplay was the most fun? What did you love to do in the game? How can you borrow just that part of the gameplay and do it in a different game?

Here are seven ways to squeeze a little more fun out of tabletop games you've abandoned. But I'm sure there are more methods. What other ways can you think of to reuse, repurpose, or recycle tabletop games that you used to love? Send your tips or examples to gingergoatpress@gmail.com